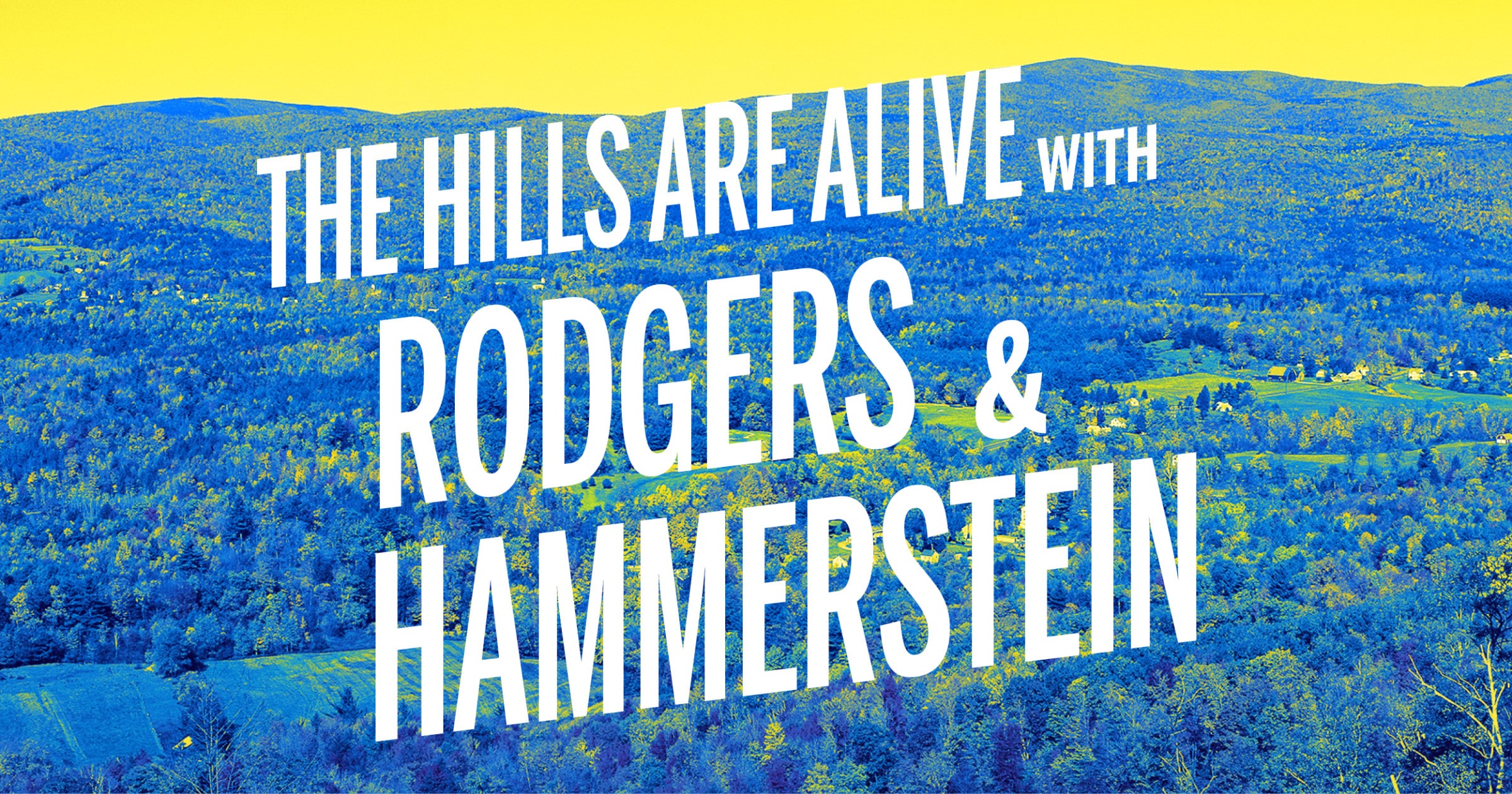 The Hills Are Alive with Rodgers & Hammerstein

AUGUST 19–29
The Tartell Family Outdoor Stage at the former Polish Community Club — Opposite the Blatt Center, at the corners of Linden and Center Streets (55 Linden Street, Pittsfield)

The Berkshire hills will be alive with the music of Richard Rodgers and Oscar Hammerstein II when our fabulous cast will sing some of the greatest musical theatre songs ever written — South Pacific, Oklahoma!, Carousel, The King and I, The Sound of Music and many more!

Presented in a tent outdoors at the parking lot of the Polish Community Club, at the intersection of Linden and Center streets in downtown Pittsfield — opposite BSC’s Blatt Center. Please note that the seats are not padded and guests are welcome to bring their own pillow or cushion to sit on. Click here to see parking options.

Sponsored in part by The Feigenbaum Foundation 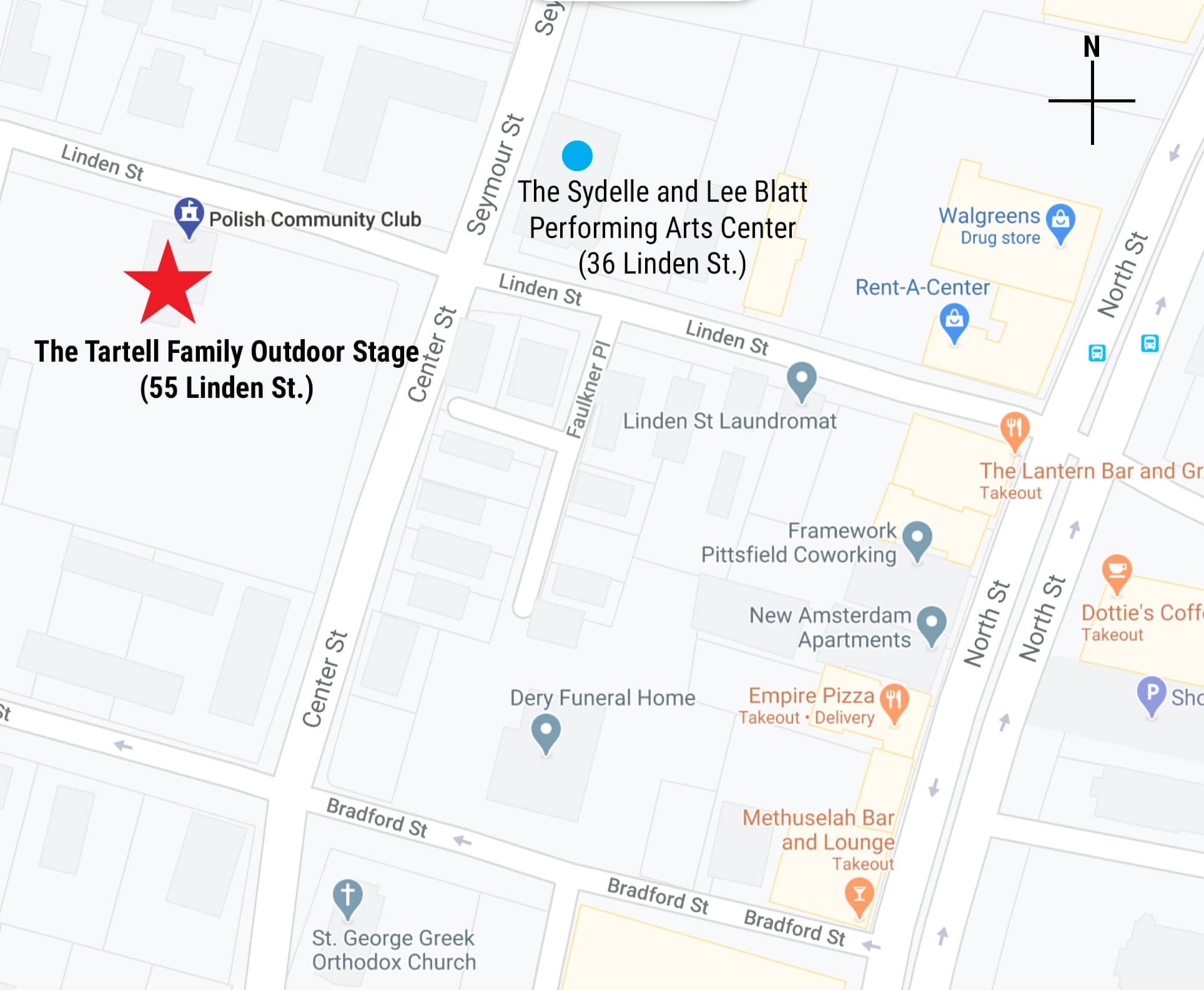 “If you are interested in spending a summer evening the way we remember it, take a ride to Pittsfield, Mass. to experience “The Hills Are Alive” at Barrington Stage Company. What was until recently, a simple night of song is now a luxury… listening to young, gifted theater artists…transports you to the world for which we all long. Go see it. It will make you feel better.”
—WAMC

“Once again Director Julianne Boyd has gone above and beyond to create theater under extraordinary circumstances and it feels like a gift, a benediction and a warning as she sends us out into the night after a mega-mix encore of a dozen R&H hits with the exhortation that we should take the love and support we’ve experienced and spread it out into the rest of the world.”
—Nippertown

“a fresh, interesting, and new feel… Each member of the ensemble…demonstrates their impressive skills both individually and in various combinations.”
—Broadway World

RICHARD RODGERS & OSCAR HAMMERSTEIN II (Music & Lyrics) After long and highly distinguished careers with other collaborators, Richard Rodgers (composer) and Oscar Hammerstein II (librettist/lyricist) joined forces to create the most consistently fruitful and successful partnership in the American musical theatre. Prior to his work with Hammerstein, Richard Rodgers (1902–1979) collaborated with lyricist Lorenz Hart on a series of musical comedies that epitomized the wit and sophistication of Broadway. Among their greatest musicals are On Your Toes, Babes in Arms, The Boys from Syracuse, I Married an Angel and Pal Joey.

Throughout the same era Oscar Hammerstein II (1895–1960) brought new life to a moribund artform: the operetta. His collaborations with such preeminent composers as Rudolf Friml, Sigmund Romberg and Vincent Youmans resulted in such operetta classics as The Desert Song, Rose-Marie and The New Moon. With Jerome Kern he wrote Show Boat, the 1927 operetta that changed the course of modern musical theatre. His last musical before embarking on an exclusive partnership with Richard Rodgers was Carmen Jones, the highly-acclaimed 1943 all-black revision of Georges Bizet’s tragic opera Carmen.

Oklahoma!, the first Rodgers & Hammerstein musical, was also the first of a new genre, the musical play, representing a unique fusion of Rodgers’ musical comedy and Hammerstein’s operetta. A milestone in the development of the American musical, it also marked the beginning of the most successful partnership in Broadway musical history, and was followed by Carousel, Allegro, South Pacific, The King and I, Me and Juliet, Pipe Dream, Flower Drum Song and The Sound of Music. Rodgers & Hammerstein wrote one musical specifically for the big screen, State Fair, and one for television, Cinderella. Collectively, the Rodgers & Hammerstein musicals earned 35 Tony Awards, 15 Academy Awards, two Pulitzer Prizes, two Grammy Awards and two Emmy Awards. In 1998 Rodgers & Hammerstein were cited by Time Magazine and CBS News as among the 20 most influential artists of the 20th century and in 1999 they were jointly commemorated on a U.S. postage stamp.

JULIANNE BOYD (Director) is the Founder (1995) and Artistic Director of Barrington Stage Company (BSC) where she has directed many productions, including the critically acclaimed West Side Story (2018) and the 2017 hit production of Company, starring Aaron Tveit. She also directed the world premieres of Christopher Demos-Brown’s American Son, Mark St. Germain’s Dancing Lessons, The Best of Enemies and Dr. Ruth, All the Way and the critically acclaimed revival of Goldman and Sondheim’s Follies.

Boyd conceived and directed the Broadway musical Eubie!, a show based on the music of Eubie Blake which starred Gregory Hines and garnered three Tony nominations. She also co-conceived and directed (with Joan Micklin Silver) the award-winning Off Broadway musical revue A…My Name Is Alice (Outer Critics’ Award) and its sequel A…My Name Is Still Alice.

From 1992 to 1998 Ms. Boyd served as President of the Society of Stage Directors and Choreographers, the national labor union representing professional directors and choreographers in the U.S.

DAVID D’AGOSTINO (Production Coordinator) BSC: American Underground. In the past decade, his work has taken him to every continental state and several Canadian provinces, working on a variety of national tours and regional productions. Favorite credits include the revival of Pippin, Finding Neverland, Million Dollar Quartet, Cabaret, The Producers, Memphis: The Musical and Man of La Mancha. David has previously worked with the Finger Lakes Musical Theatre Festival as manager of “The PiTCH!” playwright workshop, working on and facilitating several new plays and musicals. Wear your mask, wash your hands, stay safe!

WYLDER COOPER (Lighting Designer) BSC: 2019 Season Lighting Supervisor. Wylder is originally from Long Creek, South Carolina, and is a Graduate of Clemson University, where he earned his B.A. in Production Studies in Performing Arts, with a concentration in Lighting Design. This is his second season at BSC as Lighting Supervisor. He has also worked at Actors Theatre of Louisville and The Warehouse Theatre. When not in the theatre, Wylder enjoys mountain biking, hiking and whitewater kayaking. wyldercooper.com 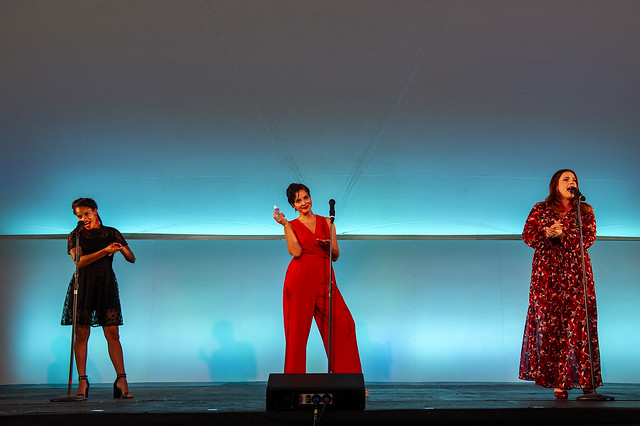