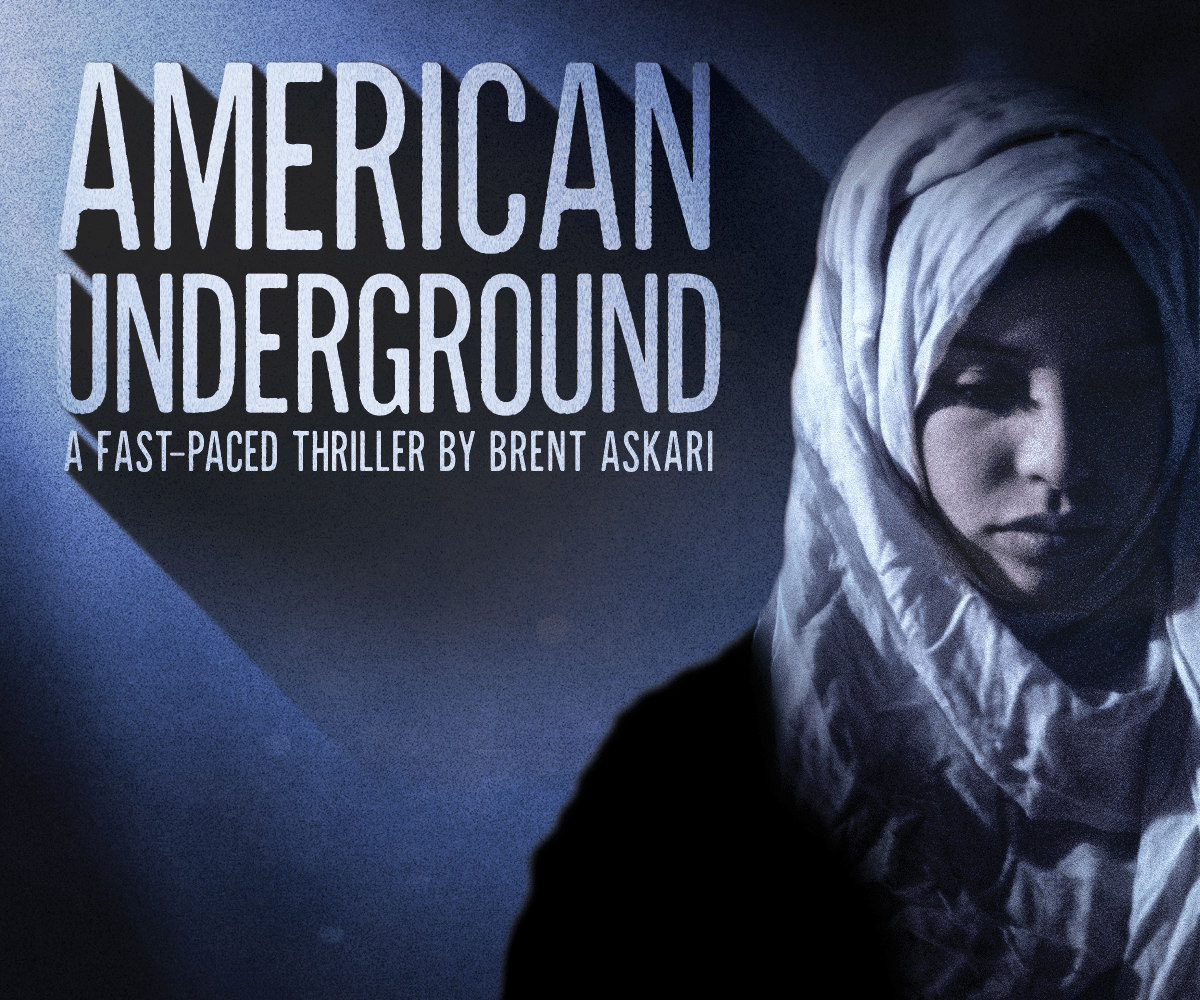 Sponsored by Carla and Ed Slomin

In the not-so-distant future, an interracial couple enjoys a visit from their college-aged son when a young Muslim woman arrives at their back door. She’s looking for safe passage via a new Underground Railroad as Muslims are being detained and imprisoned. Suddenly, a government official knocks on their door wreaking havoc on the family. They must decide how much to risk to save an innocent woman. This riveting thriller takes us inside a stark vision of an unapologetic America. 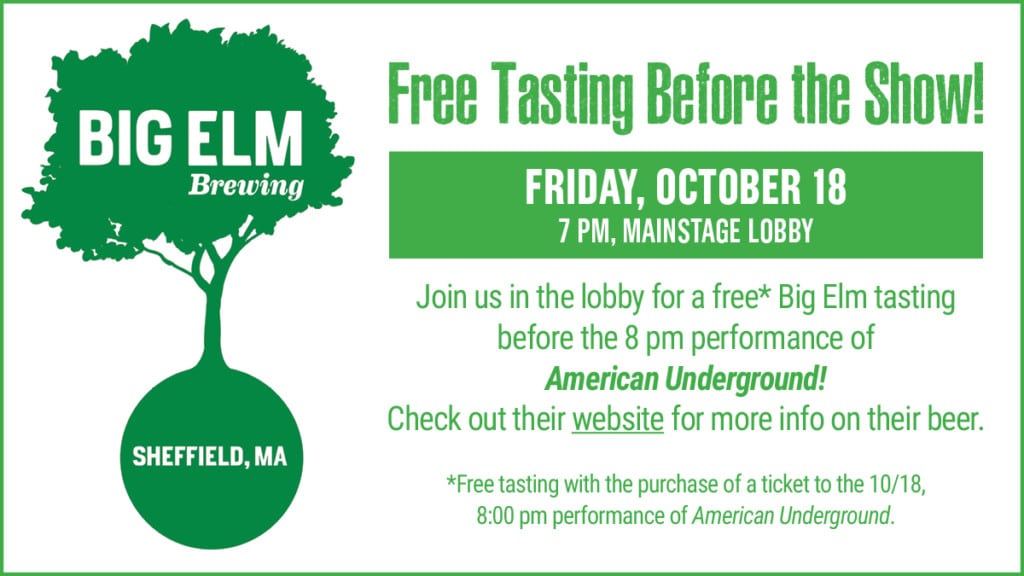 Explore the ideas of American Underground with our Free Supplemental Reading Guide.
Click Here to view and print.

“See it! It will be ninety minutes out of your life which could someday save your life or mine. But don’t do it for me. See it for yourself.”
—Berkshire Bright Focus

“has you totally engrossed…Playwright Brent Askari is a terrific storyteller.”
—Troy Record

“Intriguing…This is a new play and one with promise.”
—Talkin’ Broadway

“a thoughtful piece…powerful and haunting”
—The Berkshire Eagle

BRENT ASKARI (Playwright) BSC: Winner of a Burman New Play Award for American Underground, 2019 reading. Brent is a Persian-American writer and actor. He is the winner of the 2019 National New Play Network Smith Prize for Political Theater for his play The Refugees. Brent’s play Hard Cell was part of the 2017 PlayPenn development conference and was produced as part of Geva Theatre Center’s 2018–2019 Mainstage Season. Some of Brent’s other recent plays include: White Party (Finalist Bay Area Playwrights Festival and Ashland New Play Festival, Semi-Finalist O’Neill Playwriting Conference); Digby’s Home (Semi-finalist O’Neill Playwriting Conference, produced at Mad Horse Theatre); Bending Reeds (Semi-Finalist Bay Area Playwrights Festival, Developed at Blank Stage Living Room Series). Brent was part of HBO’s New Writers Project and has written screenplays for Paramount Pictures, Marvel Films, MTV and Reveille Entertainment. As an actor, Brent has performed in numerous theatrical productions across the country and is an ensemble member of Mad Horse Theatre Company and an Associate Artist of Portland Stage Company. He narrated the nationally syndicated children’s television program Animal Science, which was nominated for a national Daytime Emmy in 2014.

JULIANNE BOYD† (Director) co-founded Barrington Stage Company in January 1995. She has directed many productions at BSC, including the 2018 critically acclaimed productions of West Side Story and The Glass Menagerie. She also directed the 2017 hit Company, starring Aaron Tveit. In 2016 she directed two world premieres: Christopher Demos-Brown’s American Son, which won the Laurents-Hatcher Award for Best New Play by an Emerging Playwright in 2016, and the musical Broadway Bounty Hunter by Joe Iconis, Jason SweetTooth Williams and Lance Rubin. Other productions include the world premieres of Mark St. Germain’s Dancing Lessons, The Best of Enemies and Dr. Ruth, All the Way, as well as the critically acclaimed revival of Goldman and Sondheim’s Follies. In 1997 she directed BSC’s smash hit production of Cabaret, which won six Boston Theater Critics Awards and transferred to the Hasty Pudding Theatre in Cambridge for an extended run.

Boyd conceived and directed the Broadway musical Eubie!, a show based on the music of Eubie Blake, which starred Gregory Hines and garnered three Tony nominations. She also co-conceived and directed (with Joan Micklin Silver) the award-winning Off Broadway musical revue A…My Name Is Alice (Outer Critics’ Award) and its sequel A…My Name Is Still Alice. She has worked extensively in New York and regional theatres.

From 1992 to 1998, Ms. Boyd served as President of the Society of Stage Directors and Choreographers, the national labor union representing professional directors and choreographers in the U.S. She holds a Ph.D. in Theatre History from CUNY Graduate Center.

ELIVIA BOVENZI (Costume Designer) BSC: If I Forget, Time Flies and Other Comedies, The Glass Menagerie, Typhoid Mary, The Birds, Kunstler and peerless. She has designed an extensive repertoire of Shakespeare including Much Ado About Nothing, The Rape of Lucrece, Hamlet and Titus Andronicus (New York Shakespeare Exchange); Macbeth and The Comedy of Errors (Shakespeare Theatre of New Jersey); Twelfth Night and A Midsummer Night’s Dream (Shakespeare on the Sound). Assistant design credits: Broadway revivals of My Fair Lady and Fiddler on the Roof; and for The Father and Incognito (MTC); Plenty (Public Theater); War Paint (Goodman Theatre); Kiss Me, Kate (Hartford Stage); My Heart is in the East (La MaMa). MFA: Yale School of Drama, where her credits include An Accidental Death of an Anarchist (Yale Rep/Berkeley Rep), Cloud Nine and Richard II. Elivia is currently an Adjunct Assistant Professor of Theater Design at Queens College. eliviabovenzi.com

DAVID D’AGOSTINO* (Production Stage Manager) BSC debut. In the past decade, his work has taken him to every continental state and several Canadian provinces, working on a variety of national tours and regional productions. Favorite credits include the revival of Pippin, Million Dollar Quartet, Cabaret, The Producers, Memphis: The Musical and Man of La Mancha. No stranger to new works, David has previously worked with the Finger Lakes Musical Theatre Festival as manager of “The PiTCH!” playwright workshop, working on and facilitating several new plays and musicals. Thanks to Mom, Dad and Alex! 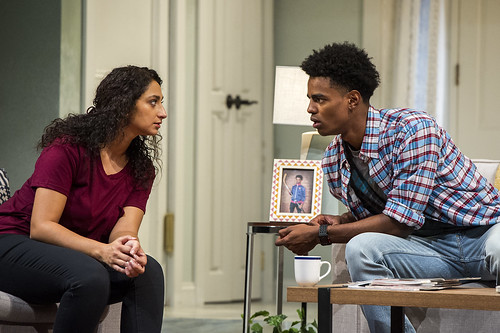 American Underground concerns Rog and Anna, an interracial couple that is part of The Network, a new version of the Underground Railroad — this one devoted to help Muslims get safe passage out of the country. One night, a young Muslim woman named Sherri arrives at their back door. The couple, along with their son Jeff, come up with a plan to help Sherri get away to freedom; however, Kourtney, a government official, shows up to interview them on the day of Sherri’s departure — claiming it’s all just routine — or does she know more than she’s admitting?