Some people spell it “playwrite” but I’ve always preferred “playwright”, using the Old English suffix that means “builder”. Writing a play seems as much craft as art, and there’s something comforting and wholly appropriate about aligning myself with boatwrights, wheelwrights and hey, even the Wright brothers.

I’ve known Chris Newbound for nearly 15 years, and I can attest that he’s one talented and hardworking playwright.  I think he’ll agree that after the euphoria of a first draft being “finished”, the real work begins— readings, rewrites, self-doubt, and the determination to move forward because, well, what else can you do?

Over five years ago,  Frank LaFrazia, one of PMP’s founders and at the time, artistic director of Main Street Stage in North Adams, invited Chris to join PMP as a Playwright-in-Residence;  Chris has been deeply engaged ever since.

So how does a playwright used to working solo on a script engage with others’ words? Chris, who is working with the North Adams PMP group, says, “My role isn’t to coax the material out of  {the kids}. It’s to take what I’m given, keep their voice and take their intention. It doesn’t feel like it’s written by me. It’s edited by me. Once they start to rehearse, they can do whatever they want. It’s a dynamic thing. It’s extremely collaborative.”

Improv dialogue and ideas are funneled through Kate Merrigan, and Chris suggests overarching structure and themes that connect the scenes. But always, he says, “ I want their stories to come out the way they want to tell them. It’s about the process. Everyone’s invested in the quality, but that’s not the priority. I want to help them tell their stories.”

At a first reading a few weeks ago, PMP members heard their words for the first time. They were thrilled. And they had lots to say.

Is it funny enough?  Is it too funny?  Will the audience understand? Should one PMPer’s powerful poem be a preface, or a prelude?

Chris knows that it’s easy to get wedded to a first draft, but he’ll tweak it, synthesizing all the questions and ideas. Or, like a true “wright”—he’ll take those words and sand, scrap, scrape, and polish.

But most important of all, according to Chris, he’ll let them “be able to be who they are.” 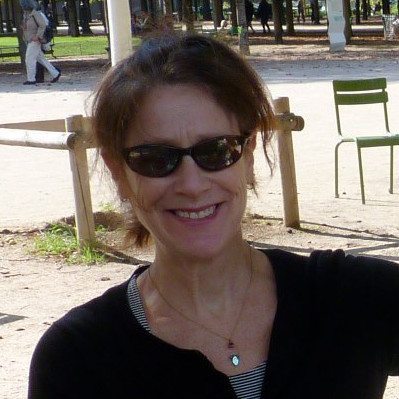