Click here to view the program.
“I swear Debra Jo Rupp could play anything and make it marvelous… I cannot imagine a better production of this show anywhere ever.” – Berkshire Bright Focus

“Dynamic and captivating… If you like to laugh; if you want to see terrific theatre, get yourself to Kimberly Akimbo!” – Berkshire On Stage and Screen

“….every element of theatre unites to create a very special two hours in an alternate universe. The hilarity is underscored by such poignancy that you may find yourself planning a second visit.” – Curtain Up

Adam Langdon (Jeff) Adam is a 2015 graduate of the Juilliard Drama division and is thrilled to be making his Barrington Stage debut. Regional: I Saw My Neighbor on the Train and I Didn’t Even Smile (BTG), Hapgood (Williamstown), Robin Hood (WTF), Dreamtime (Waterfront). Select Juilliard credits: The Goat; or Who is Sylvia, Rabbit Hole, As You Like It, Dancing at Lughnasa. TV/Film: Red Oaks, The Good Wife, Great News, The Path, Difficult People, Three Dates, 18 Actors Acting. Adam is the co-star, co-creator and co-writer of the web series; “Moe and Jerryweather.” Love to Mom, Dad and G44!

Chris Thorn (Buddy) Off-Broadway credits: Twelfth Night (Pig Iron Theater Company), As You Like It, Of Mice and Men, Romeo and Juliet, Henry V and The Spy (The Acting Company). Other New York credits include: Miss Lily Gets Boned (Studio 42), The Life and Death of King John (NY Shakespeare Exchange), The Bird and the Two-Ton Weight (EST), The Most Damaging Wound (NYIT Award nomination for Outstanding Actor in a Featured role, The Production Company), Dead Man’s Socks (Ma-Yi). Regional credits: CATF, Delaware Theater Company, The Guthrie Theater, The Fulton Theatre, Hartford Theaterworks. Film: Still on the Road, and The Sonnet Project. Training: Boston University and LAMDA.

David Lindsay-Abaire (Playwright) is a playwright, screenwriter, lyricist, and librettist whose play Rabbit Hole premiered on Broadway and went on to receive the 2007 Pulitzer Prize for Drama, the Spirit of America Award, and five Tony nominations. He was also nominated for a Grammy Award (Best Musical Show Album) and two Tony Awards (Best Book of a Musical and Best Score) for his work on Shrek The Musical. Prior to that, David was awarded the 2008 Ed Kleban Award as America’s most promising musical theater lyricist. David’s other plays include Fuddy Meers, Wonder of the World, and A Devil Inside, among others. His play Good People premiered on Broadway, starring Frances McDormand, and was nominated for a 2011 Tony Award. In addition to his work in theatre, David’s screen credits include his screen adaptation of “Rabbit Hole” (starring Nicole Kidman, Aaron Eckart, and Dianne Wiest, and directed by John Cameron Mitchell), as well as the upcoming features Guardians of Childhood (Dreamworks), and Oz: The Great and Powerful (Disney, directed by Sam Raimi). David is a proud New Dramatists alum, a graduate of Sarah Lawrence College and the Juilliard School, as well as a member of the WGA and the Dramatists Guild Council.

Rob Ruggiero (Director) Rob is delighted to return to Barrington Stage after 10 years, when he directed David Lindsay-Abaire’s Wonder of the World.  Rob directed a number of productions for BSC, most distinctly the very first production they ever produced, Lady Day at Emerson’s Bar & Grill.  His Broadway credits include Looped (starring Valerie Harper in a Tony®-nominated performance) and High (starring Kathleen Turner). Other New York credits include conceiving and directing the original musical revue Make Me a Song: The Music of William Finn (Drama Desk Award and Outer Critics Circle Award nominations). Regionally, Rob has earned national recognition for his work on both plays and musicals. He conceived and directed the world premiere musical portrait of Ella Fitzgerald entitled Ella. For Goodspeed Musicals in Connecticut Rob has directed revivals of 1776, Big River, Camelot, Annie Get Your Gun, Show Boat (which he also adapted), Carousel, The Most Happy Fella, Fiddler on the Roof, and La Cage aux Folles. Last year, Rob directed another production of Fiddler on the Roof in Athens, Greece, and his adaptation of Show Boat recently was produced in London’s West End.  He is the producing artistic director for TheaterWorks in Hartford, Connecticut. 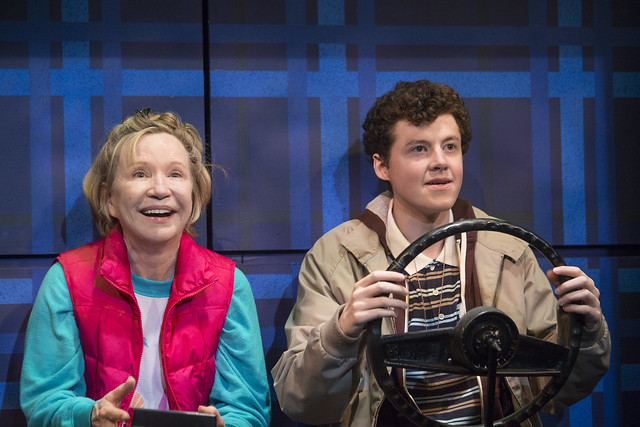 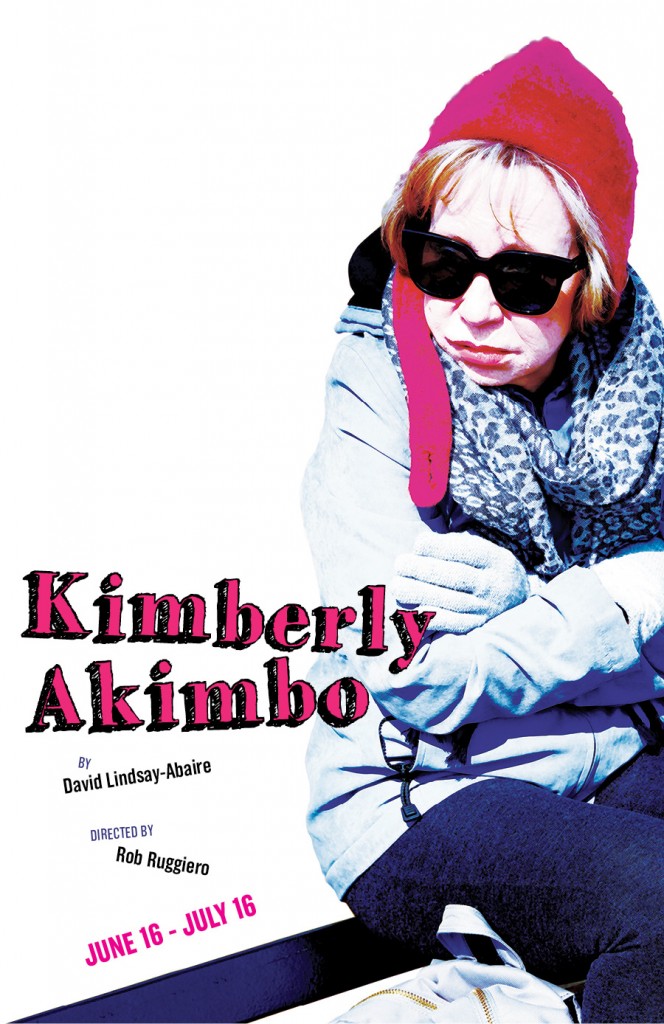 Starring Debra Jo Rupp and set in the wilds of suburban New Jersey, Kimberly Akimbo is a hilarious and heartrending play about a teenager with a rare condition causing her body to age faster than normal. When she and her family flee Secaucus under dubious circumstances, Kimberly is forced to reevaluate her life while contending with a hypochondriac mother, a rarely sober father, a scam-artist aunt, her own mortality and, most terrifying of all, the possibility of first love.

The 2016 ST. Germain Season is sponsored by The Claudia and Steven Perles Family Foundation