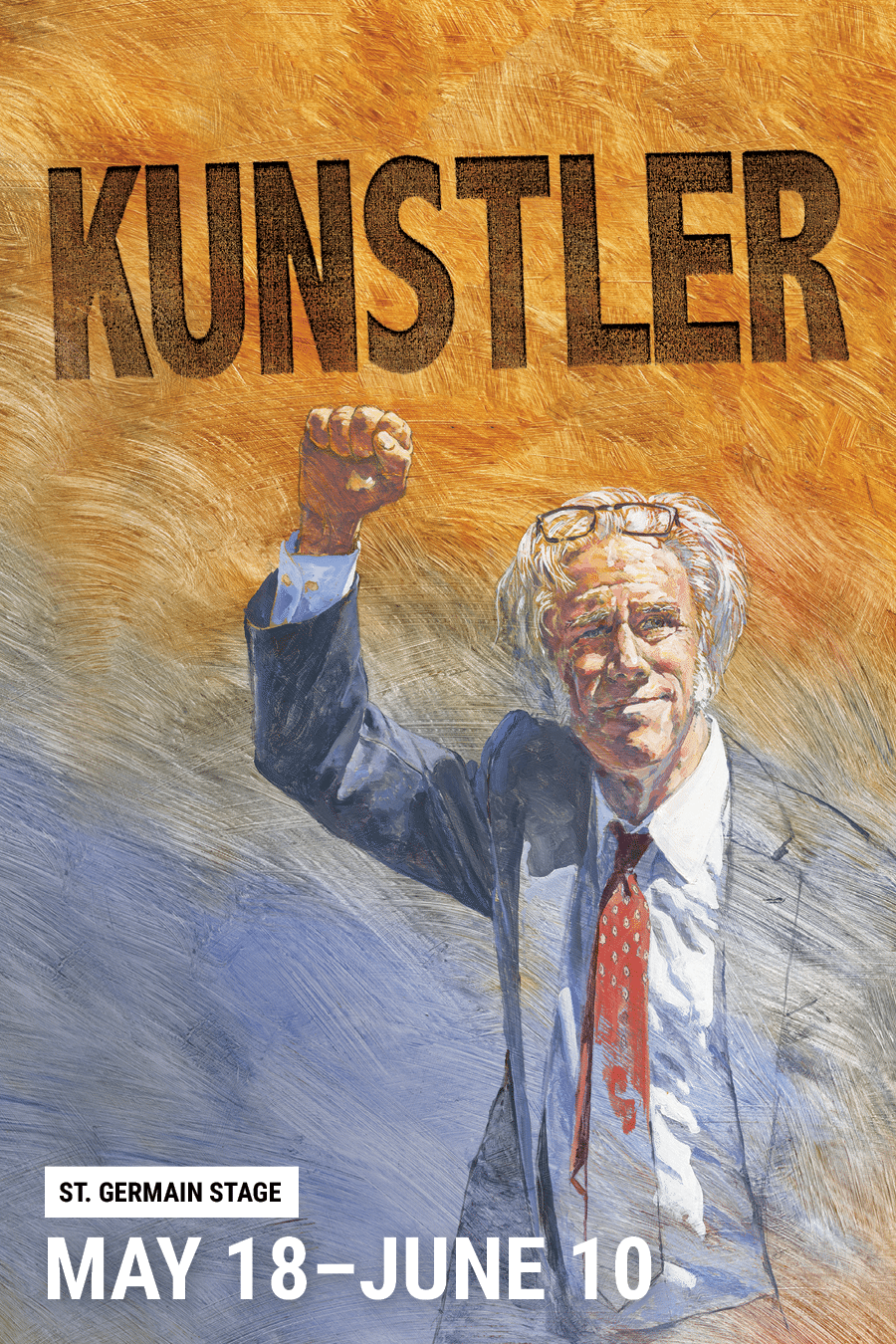 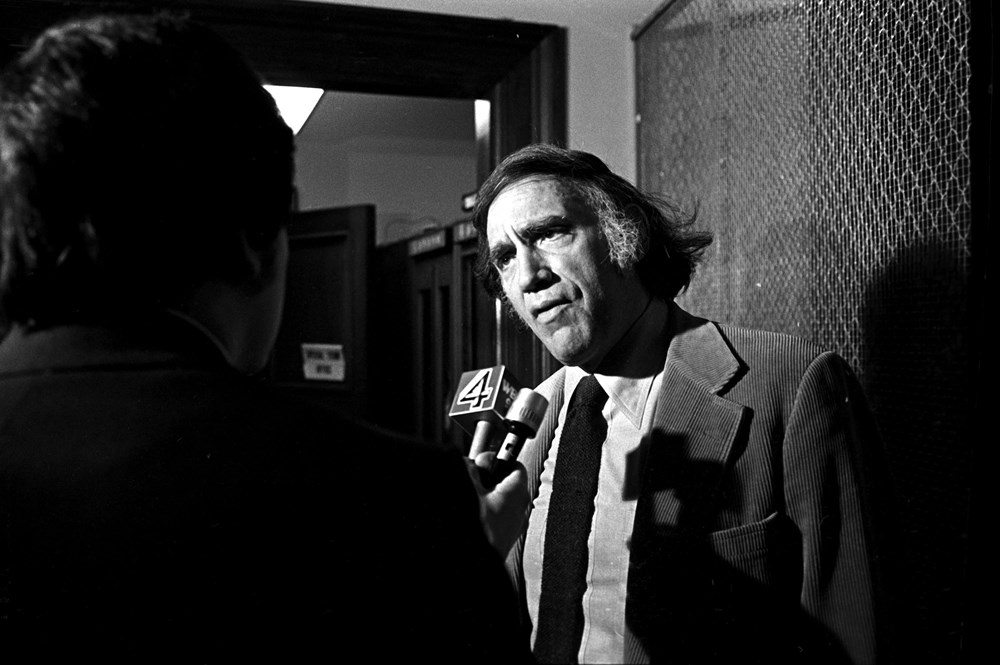 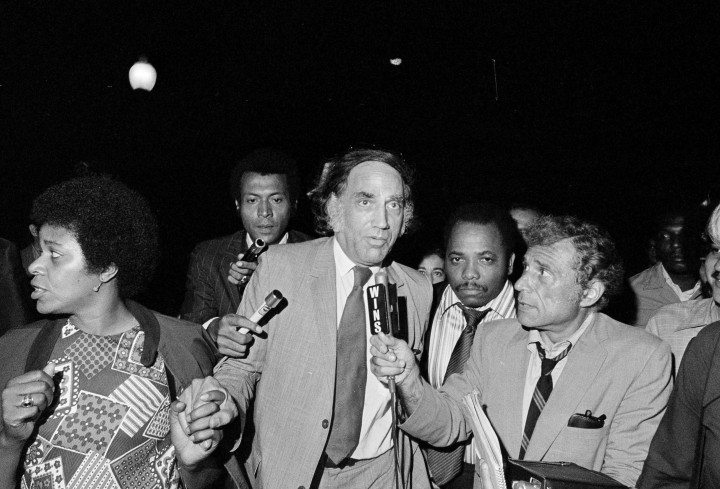 William M. Kunstler, the gravel-voiced radical lawyer whose wild hair seemed to symbolize his distrust of government and his kinship with unpopular people and causes, died yesterday. He was 76 and lived in Manhattan.

Mr. Kunstler died of heart failure at Columbia Presbyterian Hospital in Manhattan after a short illness, said his law partner, Ron Kuby. Mr. Kunstler had a pacemaker implanted on Aug. 7 and had been hospitalized since Aug. 28. Mr. Kunstler’s championing of left-of-center causes dated from the early days of the civil rights movement and spanned the bitterest days of the Vietnam War. One of his early clients was the Rev. Dr. Martin Luther King Jr. At the time of his death, he had a role in the defense of the suspects in the 1993 bombing of the World Trade Center.

Mr. Kunstler made not just a career but also a life out of representing people and movements that were disliked, even despised. His clients’ unpopularity seemed to inspire Mr. Kunstler, who was recognized by admirers and detractors alike as a lawyer who embraced pariahs. He seemed to seek out the most loathed of people and causes. For a time, he represented Colin Ferguson, who shot six people to death on a Long Island Rail Road train in December 1993 and was convicted last February.

Admirers saw him as a brilliant lawyer, and a skillful and courageous litigator, while his critics saw him as a showoff and publicity seeker. Nor did Mr. Kunstler entirely disagree with his detractors. “To some extent, that has the ring of truth,” he once said. “I enjoy the spotlight, as most humans do, but it’s not my whole raison d’etre. My purpose is to keep the state from becoming all-domineering, all powerful.”

Perhaps his best-known case was that of the Chicago Seven, who were tried on charges that they conspired to incite riots that made a tumult of the 1968 Democratic National Convention in Chicago.

His clients in the trial before Judge Julius J. Hoffman were people whose names were constantly linked to the turbulence of that era: Jerry Rubin, Tom Hayden, Rennie Davis, David Dellinger, Abbie Hoffman, John R. Froines and Lee Weiner. The Black Panther Bobby Seale was originally included but his case was separated from the others, leaving the seven.

Mr. Kunstler complained constantly that Judge Hoffman favored the prosecution in his rulings. At one point, Mr. Kunstler boasted that his own entry in “Who’s Who” was three lines longer than the judge’s.

“I hope you get a better obituary,” Judge Hoffman shot back, lamenting that such exchanges were not consistent with the dignity that ought to prevail in the courtroom.

Before the trial was over, there was precious little dignity and a lot of what seems almost surreal. The defendants munched jellybeans, wore judicial robes in mockery and tried to hold a birthday party in court. They referred to the combative, nearsighted judge as “Mr. Magoo,” to use one of their kinder nicknames.

At one point, Abbie Hoffman received in the mail an envelope with dried green vegetable material that appeared to be marijuana. Mr. Kunstler brought that fact to the judge’s attention.

“I’m sure counsel can find a way to take care of this matter without further troubling this court,” Judge Hoffman said.

“Your honor,” replied a deadpan Mr. Kunstler, “I will personally see that it is burned this evening.”

The defendants were acquitted of conspiracy, although five were found guilty of crossing state lines with intent to riot. His many sharp exchanged with Judge Hoffman brought Mr. Kunstler a contempt-of-court sentence of 4 years 13 days.

But all convictions, including Mr. Kunstler’s, were overturned on appeal, and he spent no time in jail. Years later, Mr. Kunstler looked back on the uproarious trial and suggested that Judge Hoffman himself had been more victim than oppressor, and that his own conduct had been “pretty shrill.”

In his career, Mr. Kunstler represented Dr. King as he battled segregation in Georgia; Representative Adam Clayton Powell Jr., who contended that his skin color, not his high-living and eyebrow-raising ethics, made him unpopular with Congressional colleagues; Stokely Carmichael, who popularized the “black power” rallying cry, and Mr. Seale.

He did not just represent people in the trenches, he jumped into the trenches with them, as when he played tennis in 1962 with a black minister on a whites-only court in Albany, Ga., until he was removed by the police.

Mr. Kunstler represented people as varied as Wayne Williams, ultimately convicted of killing a number of children in Atlanta; the actress Joey Heatherton, who was charged with attacking a passport clerk; Darryl Cabey, one of four black youths wounded by the subway gunman Bernhard Goetz in 1984; the Rev. Daniel Berrigan, a comrade-in-protest from the Vietnam years, and Joseph Bonnano, a reputed mobster.

Mr. Kunstler helped to defend prisoners charged in the aftermath of the 1971 rebellion at Attica Correctional Facility in upstate New York in which more than 40 convicts and corrections officers were killed.

He also defended Lemuel Smith, who was serving a life sentence for murder at Green Haven state prison in Stormville when he was charged with killing a corrections officer there in 1981. Until New York’s old death penalty law was overturned, Mr. Smith was only inmate on the state’s death row, and Mr. Kunstler’s work on his behalf helped to save his life.

William Moses Kunstler was born July 7, 1919, in New York to Dr. Monroe Bradford Kunstler, a doctor, and the former Frances Mandelbaum, whose father had been a prominent doctor. He majored in French at Yale University, where he was elected Phi Beta Kappa. He graduated in 1941.

He served with the Army Signal Corps in the Pacific in World War II, rising to the rank of major and earning a Bronze Star. After the war, he attended Columbia Law School, graduating in 1949 and seemingly poised for a prosperous suburban life.

But in the mid-1950’s, he represented a State Department employee whose passport had been confiscated when he traveled to China as a freelance reporter. By the early 1960’s, he was doing work with the American Civil Liberties Union and representing Dr. King and his allies, and his course was set.

One of his notable victories of recent years was winning acquittal of El Sayyid Nosair on murder charges in the 1990 death of Rabbi Meir Kahane, despite eyewitnesses who said they had seen the defendant slay the militant Jewish leader. Mr. Nosair was convicted of gun possession and other lesser charges.

Mr. Kunstler wrote several books, including “Beyond a Reasonable Doubt?: The Original Trial of Caryl Chessman,” a 1961 account of a California convict executed after more than a decade on death row, and “The Case for Courage: The Stories of Ten Famous American Attorneys Who Risked Their Careers in the Cause of Justice,” published in 1962.

David Lerner, director of the Center for Constitutional Rights, which Mr. Kunstler helped to found in 1966, said yesterday, “We mourn the passing of a great American hero, and a leader of the fight for social justice and against racism in America.”

Mr. Kunstler married Lotte Rosenberger in 1943. They were divorced in 1976. That year, he married Margaret L. Ratner, who survives him. Surviving also are two daughters by his first marriage, Karin Goldman of New York and Jan Drazek of Wichita, Kan., and two by his second marriage, Sarah and Emily, both of New York; a sister, Mary Horn of Baltimore, and four grandchildren.

Correction: September 6, 1995, Wednesday An obituary yesterday about the lawyer William M. Kunstler misstated the title of David Lerner at the Center for Constitutional Rights, which Mr. Kunstler helped to found in 1966. Mr. Lerner is a spokesman for the center; its executive director is Ron E. Daniels.