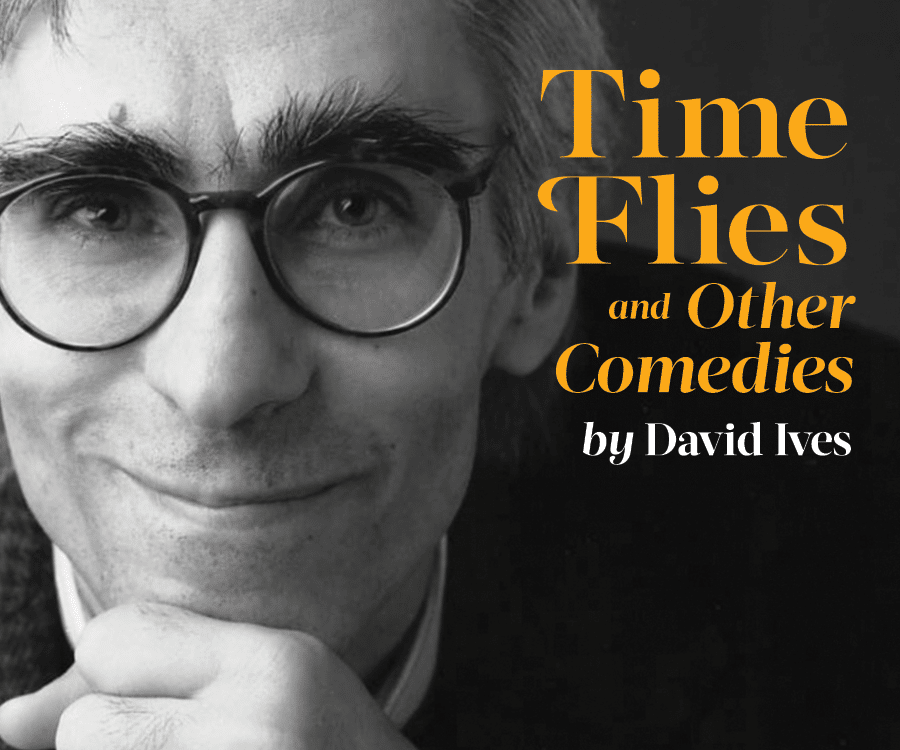 Time Flies and Other Comedies

Welcome to the hilarious world of America’s foremost comedic playwright and to an evening filled with some of the funniest short plays ever written. The New York Times says “Ives is wizardly…magical and funny…a master of language. He’s an original.”

Sponsored in part by Deb and King Francis

“It was a literal laugh riot. I haven’t had this much fun with silliness and absurdity in a long, long while.”
—Berkshire Bright Focus

“Barrington Stage Company figured we could probably use a few laughs and their current production of TIME FLIES AND OTHER COMEDIES delivers many of them.”
—BroadwayWorld

“A cocktail, a picnic, a lark, a stylish, heady flight of urbane humor, sophisticated staging, stellar ensemble acting, and pitch-perfect direction. Did I mention lots of laughs?”
—Off Script with Dan Dwyer

“If you need a laugh this is your potion. Do not let another day go by before deciding to see it.”
—The Berkshire Record

“They seem to be having the time of their lives. You will too.”
—The Berkshire Eagle

DAVID IVES (Playwright) is perhaps best known for his evening of one-act plays, All in the Timing (he has been included in the “Best Short Plays” series seven times), and for his drama Venus In Fur, which was nominated for a Tony Award for Best Play. His plays include New Jerusalem: The Interrogation of Baruch De Spinoza; The School for Lies (adapted from Molière’s The Misanthrope); The Liar (adapted from Corneille); Time Flies and Is He Dead? (adapted from Mark Twain). He has also translated Feydeau’s A Flea in Her Ear and Yasmina Reza’s A Spanish Play. A former Guggenheim Fellow in playwriting and a graduate of The Yale School of Drama, he lives in New York City.

ELIVIA BOVENZI (Costume Designer) BSC: The Glass Menagerie, Typhoid Mary, The Birds, Kunstler and peerless. She has designed an extensive repertoire of Shakespeare including Much Ado About Nothing, The Rape of Lucrece, Hamlet and Titus Andronicus (New York Shakespeare Exchange); Macbeth and The Comedy of Errors (Shakespeare Theatre of New Jersey); Twelfth Night and A Midsummer Night’s Dream (Shakespeare on the Sound). Assistant design credits: Broadway revivals of My Fair Lady and Fiddler on the Roof; and for The Father and Incognito (MTC); Plenty (Public Theater); War Paint (Goodman Theatre); Kiss Me, Kate (Hartford Stage); My Heart is in the East (La MaMa). MFA: Yale School of Drama, where her credits include An Accidental Death of an Anarchist (Yale Rep/Berkeley Rep), Cloud Nine and Richard II. Elivia is currently an Assistant Adjunct Professor of Theater Design at Queens college. eliviabovenzi.com

ERIC SHIMELONIS (Original Music/Sound Designer) is thrilled to be returning to BSC after having designed for Lee Blessing’s Black Sheep back in 2002. Other recent credits include Skintight starrring Idina Menzel at Roundabout, and Voyagers: A Dance Among the Planets at the Kennedy Center.  Eric is also the composer and sound designer for the WBUR podcast Circle Round, which just launched a partnership with the Boston Symphony Orchestra. 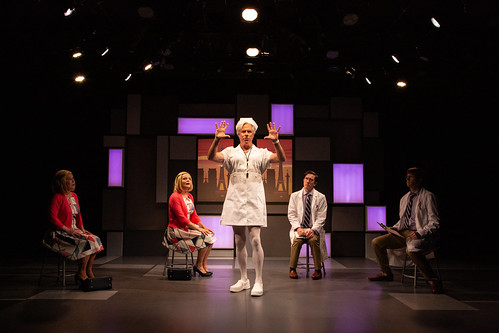