A Dubliner seeks help from a counselor after claiming to have seen the ghost of his recently deceased wife. As their sessions unfold, secrets are exposed in this thriller where a simple tale turns out to be anything but.

“quiet, haunting and absolutely glorious…as close to perfection as contemporary playwriting gets.” ~The New York Times

Shining City is sponsored by The Claudia and Steven Perles Family Foundation and sponsored in part by Sydelle and Lee Blatt.

The critics rave about SHINING CITY!

The title “Shining City” is a reference to the Bible, New Testament, Matthew 5:14-16:
“You are the light of the world. A town built on a hill cannot be hidden. Neither do people light a lamp and put it under a bowl. Instead they put it on its stand, and it gives light to everyone in the house. In the same way, let your light shine before others, that they may see your good deeds and glorify your Father in heaven.”

Conor McPherson has arguably been Ireland’s most successful young playwright of the last ten years. His 1997 play The Weir, written for The Royal Court in London, ran for over two and a half years in the West End and garnered numerous awards, including the Laurence Olivier Award for Best Play, the Critics’ Circle Award, The Evening Standard and the George Devine awards. After that, it transferred to Broadway where it played for nine months.

Thus, McPherson found, and still finds, himself in the rather enviable position of enjoying both critical and commercial success. His subsequent plays Dublin Carol and Port Authority built upon his burgeoning stage reputation while his forays into film as a writer (I Went Down) and a director (Saltwater and The Actors) have seen him make significant inroads into the world of the movies as well.

Strangely, though, his home country still carries some dissenting voices when it comes to his theatre. They suggest his plays lack theatricality or they play safe. It’s well documented at this stage that McPherson’s rise to the cream of the theatrical profession on these Islands arose when The Bush Theatre took up This Lime Tree Bower after the Abbey and the Dublin Theatre Festival had rejected it.

McPherson was embraced by London before Dublin and Ireland welcomed home their prodigal son to the mainstream theatrical bosom here. Since The Weir, though, The Gate Theatre in Ireland have developed a close relationship with the playwright. It’s they who have staged McPherson’s rural ghost story, along with Dublin Carol and Port Authority. They are the co-producers with The Royal Court in London, of McPherson’s latest success, The Shining City.

The Shining City tells the tale of how a 54-year-old man comes to a therapist for help after his wife has died. There is a ghost and there’s lots of anger as we not only get a glimpse into the personal life of the patient but also that of the therapist.

McPherson is on record as suggesting that he always writes about the same things. Namely, the desire to connect and how our selfishness can get in the way of that, the wish to be a part of a community and the means by which one can save oneself.

A lot has passed under McPherson’s personal bridge since his last play, a short for The Gate called Come On Over. Most particularly, McPherson almost died from excessive drinking. In 2001 he found himself in intensive care in St Thomas’ Hospital in London suffering from chronic pancreatitis. He spent the next three months recuperating in hospital and later at home with his parents in Dublin. He doesn’t drink anymore.

A leaner, healthier looking McPherson arrives back stage at the Gate during a break in rehearsals for The Shining City. A brown bread sandwich and a bottle of Ballygowan testimony to the new lifestyle McPherson has to embark upon. One wonders, though, to what extent Conor’s latest drama The Shining City, subscribes to or departs from what he declares are the usual subjects he writes about?

“I remember someone saying to me one time,” begins McPherson adopting a dim-witted tone as he mock-quotes his referred to assailant, “‘You should be writing about what’s happening now, people taking E, and all that.’ I think plays are about big things and the two biggest are love and death, basically. That’s what everything is about in the end isn’t it?

“The Shining City is about a ghost. It’s a ghost story but what is a ghost in a play except a metaphor for unfinished business, the stuff people are haunted by. This usually revolves around the idea of what you should and shouldn’t have done. The weight of that and the regrets and guilt that come with it. Then, at the same time, is this haunting spiritual or is it conditioning?

“When you’re a child you’re told to obey the rules, to be nice and share and so on. You grow up and you realise you can do what you like. However, if you do just do what you want you become haunted. Is this the animal instinct of ‘Oh my God, I’ve gone outside the pack!’ It probably is this but because we put so much login into our life to make sense of it we bring God into it. You say to yourself, ‘Oh I shouldn’t have done this. I’ve alienated myself from God.’ That’s pretty huge but also quite a common feeling everyone has.

“At the same time, you want to thrill the audience, give them a good time, offer them the odd fright or two. The Shining City is also about what life is like for me at this moment in time. Your view changes subtlety as you grow older but right now I see human beings as just like animals who can talk and The Shining City is about those animals who are seeking meaning to their existence.”

For someone who in the past has spoken about the healing nature of the theatre and how coming to see a show on stage can bring a sense of community to all who worship there as well as impart a feeling that it’s okay to be human this seems like a rather bleak and pessimistic view from the man who did his post-graduate degree in moral philosophy.

“Well, the characters in The Shining City are seeking meaning in something beyond every day existence,” elaborates McPherson. “They are looking for something that’s going to give them an overall eternal logic, meaning and security that will entail and end to pain at some point. In other words, God. Life is like this for a lot of people.

“I’m not one hundred per cent sure what God means to most people. He could be their father. It could be that personal. I personally am like a lot of people as well who are caught in the middle of this human condition. We’ve no idea that there’s any salvation or meaning but the brave thing we is we admit we’ve no idea and it’s within this confusion that we try to operate as human beings.

“At the same time, I’m a hedonist. I believe we should maximise our amount of pleasure while we’re here, whether that means going nuts on drugs or not. However, we know that that will lead to pain so the boring answer to creating pleasure is that we have to have some sense of moderation. Ultimately, I would like to do my bit to not cause pain.

“We’ve also got to get to a point where we stop being hard on ourselves. We reach a point where we realise we’re going to be here for X amount of years and we ask ourselves can we get through this without killing ourselves or killing someone else.

“A play of mine is a picture of the world as I perceive it.  At a very primal and animal level it’s important if people want to come and look at this picture so that you don’t feel quite so alone. The theatre, like all art, is about communication. It’s like when a bird sings sitting on a branch. That’s what art is: song. Even more that trying to tell a story, I’m trying to sing.” 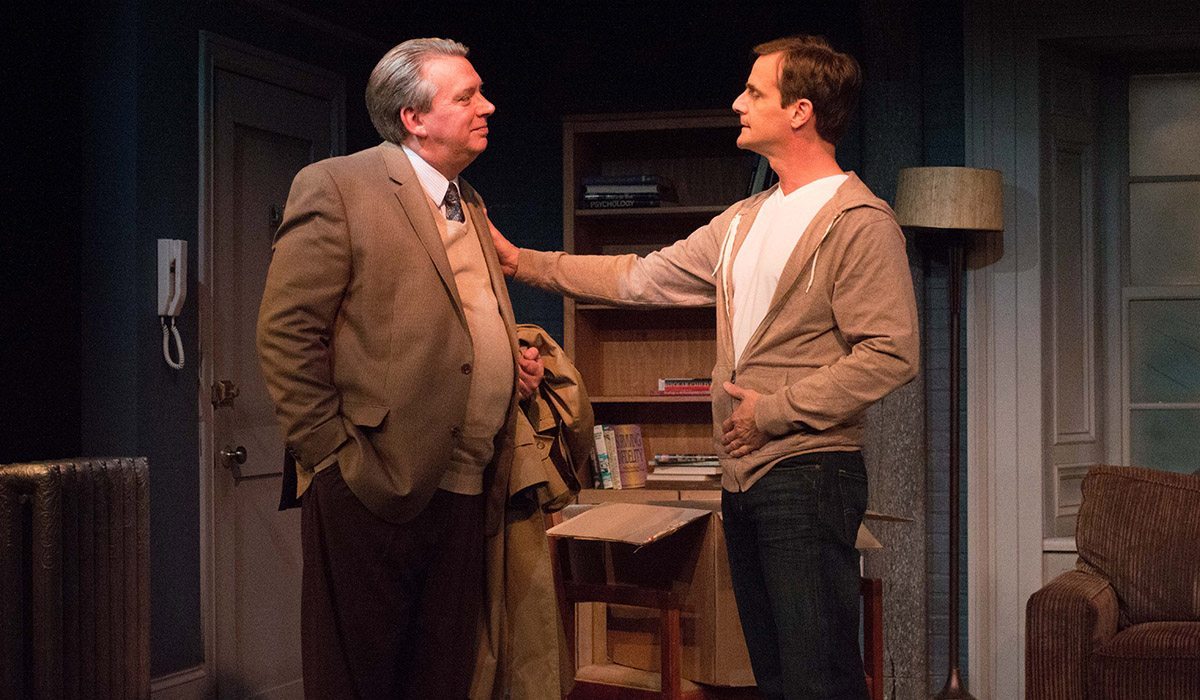